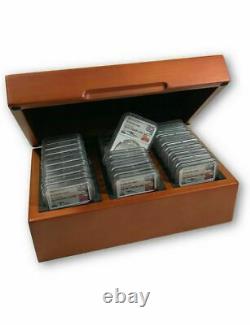 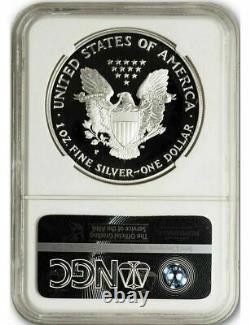 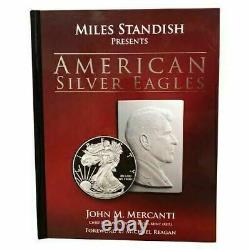 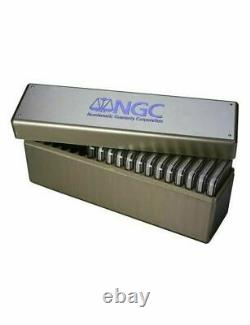 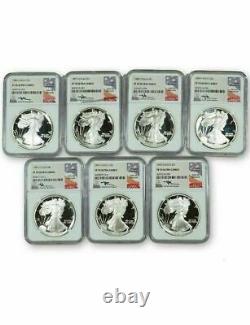 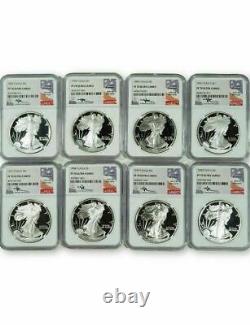 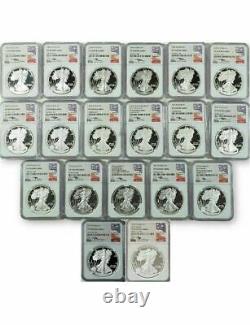 100% Authenticity Guaranteed, Safe SECURE Checkout. We are always here to help our LCR Coin Family. These coins have been hand signed by John Mercanti.

The set includes coin from P "S" and "W" which stands for Philadelphia, West Point and San Francisco Mint. NGCs encapsulation guarantees the coins PF70 condition. This set does NOT include the 1995-W. Set comes with new NGC boxes for perfect storage and display. What makes this set so special is that it will be the last year the U.

Mint is going to use John Mercantis design of the rendition of a heraldic eagle on the reverse of the silver eagle. Since 1986 (for 34 years) the U. Mint has struck the same design for the beloved American Silver Eagle. This is one of the #1 reasons why John Mercanit signed American silver eagles are so popular among collectors.

This will be the last coin with John Mercantis reverse design including his signature. This coin is surely be a must for your John Mercanti Signed Silver Eagle Collection. Signed by John Mercanti and Miles Standish the author. This is a fantastic edition to your John Mercanti signed eagle collection and is very education about the coins history. The American Silver Eagle is the official silver bullion coin of the United States first released November 24, 1986.

American Silver eagles are only struck in the one-troy ounce size, which has a face value of one dollar and is guaranteed to contain one troy ounce of 99.9% pure silver. The Silver American Eagle coins were minted at the San Francisco Mint from 1986 1992. From 1993 2000 the coins were minted in the Philadelphia Mint. In 2001 the Silver Eagle production moved to West Point where the minting is still done today.

The reverse design is John Mercantis rendition of the Heraldic Eagle with a shield grasping an olive branch with one talon and an arrow in the other. Above the eagle are thirteen stars that represent the original thirteen colonies. The eagle holds a banner with the motto E PLURIBUS UNUM in its beak. UNITED STATES OF AMERICA and 1 OZ FINE SILVER ONE DOLLAR are inscribed on this side along with John Mercantis initials.

It is for this reason the NGC Proof American Silver Eagles in perfect PF70 condition signed by John Mercanti are the most sought after and prized modern graded coins available in the market. If you are a collector of modern graded U. Mint coins in Perfect PF70, you owe it to yourself to add this premium NGC graded West Point Mint Mercanti Signed Silver Eagle coin to your collection today!

This beautiful American Silver Eagle was certified and graded by NGC (Numismatic Guaranty Corporation). The grade is PF70 (Proof 70 or Perfect 70) which means the coin is completely flawless.

The item "1986-2021 $1 Silver Eagle 35-pc Set NGC PF70 Ultra Cameo Mercanti Signed" is in sale since Tuesday, April 7, 2020. This item is in the category "Coins & Paper Money\Bullion\Silver\Coins". The seller is "lcrcoin" and is located in Dripping Springs, Texas.