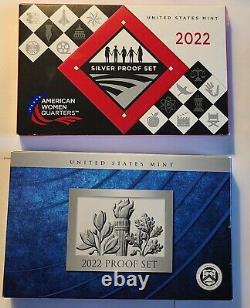 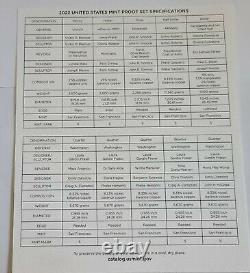 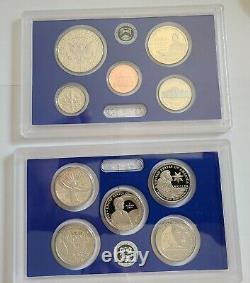 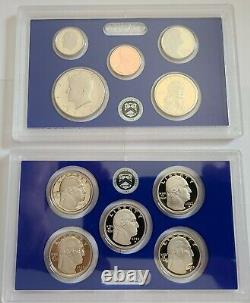 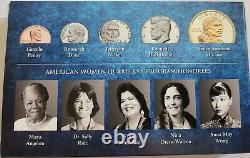 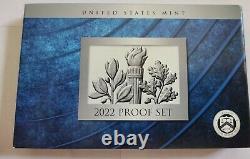 Thanks for looking at one of our offerings. These sets both include the new stunning Washington Obverse American Women Quarters. Get these while they are still available The US Mint states their goal was 58,212 of the Silver Quarter Set, and 42,900 of the Copper-nickel quarter set. The 99.9 5 Silver Quarter set is almost taken by the enrollment program. The 2022 American Women Quarters Silver Proof SetT includes five 99.9 percent fine silver proof quarters from the American Women QuartersT Program honoring. Maya Angelou - celebrated author, performer, and social activist. Sally Ride - physicist and first American woman in space. Wilma Mankiller - first female Principal Chief of the Cherokee Nation. Nina Otero-Warren - a leader in New Mexico's suffrage movement. Anna May Wong - first Chinese-American film star in Hollywood. Each set is accompanied by a Certificate of Authenticity. The 2022 American Women Quarters Silver Proof SetT features all five 2022 American Women Quarters minted in 99.9 percent silver. They are packaged in a protective lens to showcase and maintain their exceptional proof finish. This set is the first annual release in the four-year series of this new program celebrating the accomplishments and contributions made by women to the development and history of the U.

Beginning in 2022, and continuing through 2025, the Mint will issue five new quarters each year featuring reverse designs honoring prominent American women. Each coin in this series features a common obverse (heads) design depicting a portrait of George Washington.

This design was originally composed and sculpted by Laura Gardin Fraser as a candidate entry for the 1932 quarter, which honored the bicentennial of George Washington's birth. The inscriptions are "LIBERTY, " "IN GOD WE TRUST, " and 2022. The American Women Quarters reverse (tails) designs honor a diverse group of notable American women who made significant contributions in a variety of fields, including suffrage, civil rights, abolition, government, humanities, science, space, and the arts. The women honored are from ethnically, racially, and geographically diverse backgrounds.

The 2022 reverses (tails) of these coins honor the following American Women. The design depicts Maya Angelou with her arms uplifted. Behind her are a bird in flight and a rising sun, images inspired by her poetry and symbolic of the way she lived. The silhouette of the bird depicts a purple martin, a songbird common to Ms. The inscriptions are "UNITED STATES OF AMERICA, " "MAYA ANGELOU, " "E PLURIBUS UNUM, " and QUARTER DOLLAR.

Sally Ride next to a window on the space shuttle, inspired by her quote, But when I wasn't working, I was usually at a window looking down at Earth. " The inscription "E PLURIBUS UNUM is intentionally positioned over the Earth next to America, indicating that out of all women in the United States, Dr. Ride was the first into space. The additional inscriptions are "UNITED STATES OF AMERICA, " "QUARTER DOLLAR, " and DR.

This design depicts Wilma Mankiller with a resolute gaze to the future. The wind is at her back, and she is wrapped in a traditional shawl.

To her left is the seven- pointed star of the Cherokee Nation. The inscriptions are "UNITED STATES OF AMERICA, " "E PLURIBUS UNUM, " "QUARTER DOLLAR, " "WILMA MANKILLER, " "PRINCIPAL CHIEF, " and the name of the Cherokee Nation written in the Cherokee syllabary. This design features an image of Adelina (Nina) Otero-Warren on the left, flanked by three individual Yucca flowers - New Mexico's state flower. The inscriptions are "UNITED STATES OF AMERICA, " "QUARTER DOLLAR, " "E PLURIBUS UNUM, " "NINA OTERO-WARREN, " and "VOTO PARA LA MUJER, " the Spanish counterpart for the suffragist slogan Votes for Women.

This design features a close-up image of Anna May Wong with her head resting on her hand, surrounded by the bright lights of a marquee sign. The inscriptions are "UNITED STATES OF AMERICA, " "E PLURIBUS UNUM, " "QUARTER DOLLAR, " and ANNA MAY WONG. Start your collection with this first set in the series!

0.955 inch (24.26 mm). Original images courtesy of the United States Mint. In our May 30 issue, we publish a Letter to the Editor from Chris Sahar that appears to be critical of both the U.

News coverage of one of the Mint's numismatic products. Recognize that a significant fraction of our news coverage deals with the design, production, and sales of new Mint products. Rarely does a week go by when we do not report on the availability (or lack thereof) of a current Mint coin, medal or set.

We focus so much of our coverage on the release of new U. Mint products because so many of you avidly collect those products. Senior editor Paul Gilkes spends much of his time on the job gathering information from the Mint and other sources for upcoming products or products that were released earlier in the year. Doing that is not easy. The United States Mint is a federal bureaucracy, after all, and keeping secrets is something that all government agencies do.

Please note that we are not being critical of the fine folks in the corporate communications arm of the Mint; they can only answer our questions when the responsible departments provide them with requested information. The referenced letter from Chris Sahar suggests that too much is being made of the Mint's decision to not strike any more Proof 2022-S American Women silver quarter dollars; the same coins are offered in other sets, he notes. He also suggests that our reporting of the Mint's statement will encourage dealers holding quantities of the American Women Silver Quarters Proof set to raise their prices. That is possible, certainly, but we at. Are not in the business of not publishing the news.

Readers wondered whether the Mint would produce more of the sets (the product listing says there are no mintage or product limits, after all), and our questions to the Mint were in response. This item is in the category "Coins & Paper Money\Coins: US\Proof Sets". The seller is "alham-5176" and is located in this country: US. This item can be shipped to United States.